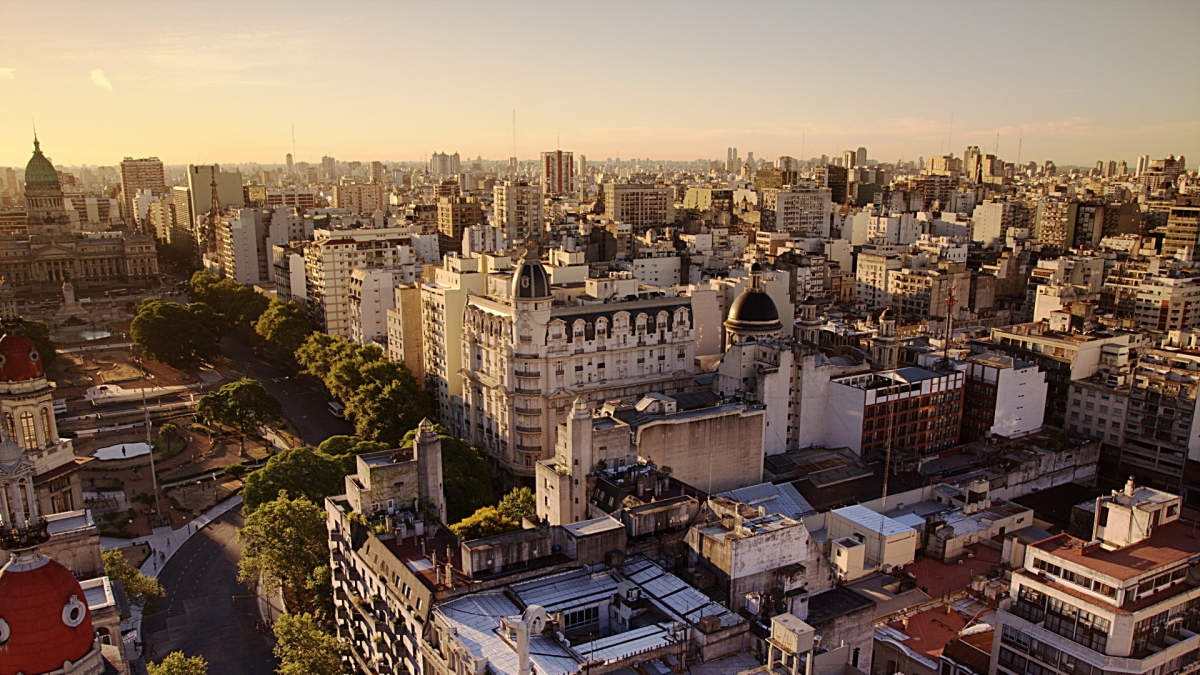 Argentina may be a country of great natural beauty and culture but what makes it stand out in the context of location independence is its residency program. Not only is qualifying easy but citizenship can be achieved in as little as two years. This guide covers the program as well as how taxation works in Argentina and how to open local bank accounts.

Argentina has always been an immigrant-friendly nation and this is reflected not only in its diverse demographics but also in its very culture. So much so that the Argentinian supreme court ruled in 2011 that there can be no such thing as an illegal immigrant as that would go against the constitution and the country’s founding principles. While this sounds pretty good, it is important to understand that not all is well and rosy in the land of Tango. A long series of political missteps have turned what was once one of the world’s wealthiest nations into an economic basket case. Despite having recently elected new governments promising reforms and improvements, the country still suffers from crippling corruption and other forms of friction. If you can live with that, however, Argentina may very well be one of your best residency options especially if you are after a new passport.

While there are over 14 different qualifying routes, only one is of interest to us and it is the Rentista route. All you need is to have a clean criminal background and proof that you will continue to generate at least 30000 ARS per month in income after your move. The income should be passive and guaranteed but there are easy workarounds for that.

Before travelling to Argentina, you will need to collect a number of documents, some of which will have to be apostilled (or notarized at an Argentinian consulate if your country has not ratified The Hague convention). You can find an up-to-date list directly on the government site (it is the site of the Toronto consulate but the list should be the same for other countries). Once in Argentina, you will first have to secure accommodation in your name as a proof of that address will need to be presented along with your other documents. You will also need to apply for a criminal background check with the Argentinian police (in addition to the one from your home country). Once those two documents have been secured, simply show up at a Migraciones office to apply. The process is simple and there is no need to hire a helper. You should receive a response within the following months and if approved, you will be able to apply for an ID card (Documento Nacional de Identidad).

As stated above, you will become eligible to apply for citizenship in as little as two years after your arrival in the country. You can find a complete list of all the requirements directly on the government site as well as details regarding the application process. As an Argentine citizen, you will be eligible to travel to a large number of countries visa-free, including the EU and Russia, as well as live and work in nearly every South American countries. As an added bonus, Argentina is not on any tax blacklist making its passport even more valuable. Do note that for your application to be accepted, you will have to prove that you spent at least 183 days in-country every year during the two year period. If you do not plan on meeting this requirement, you can still apply for permanent residency after three years of residency (there are no requirements for it other than having held a resident visa for three years).

Visa runs to neighbouring countries, particularly Uruguay, used to be a popular way of extending a stay in Argentina for those on tourist entries. This is not a viable strategy anymore as of 2022, due to a crackdown on the practice by the Argentine border force.

If there is a major drawback to Argentina, it is its taxation system. Rates tend to be very high, most types of income are liable, everything is very bureaucratic and few deductions exist. Tax residency is easy to acquire but quite a bit harder to lose (you need to acquire another and prove it). You can also expect to be taxed on your worldwide income with no easy way out as Argentina has implemented all CRS protocols. A workaround is to register as a resident of Tierra del Fuego (a de facto tax haven within Argentina) but obviously not everyone will enjoy living in place this remote, not to mention the weather.

You can qualify as a tax resident either via the domicile rules (your primary home is Argentina) or via physical presence (183+ days). As a tax resident, you must file an annual tax return by mid-June of the year following the fiscal year you are filing for (the fiscal year is the calendar year). You will only receive an exemption from this requirement if all your income is received from Argentine employment sources (on which the income tax withheld or paid is considered final). It is important to note that in most cases, a social security tax of up to 17% must be paid by all those who are self-employed, in addition to all other relevant taxes.

While it would be inadvisable to use an Argentinian bank account as your primary account, even for local transactions, having one could still make sense especially if you plan to apply for citizenship. At the very least, it will make you look better integrated into local life. There are quite a few banks operating in Argentina but only two that I would consider opening an account with, HSBC and Santander. They are both subsidiaries of large foreign banks and their fundamentals are reasonably strong.

To open an account, you will need to visit a branch in person with your local ID card, tax ID, proof of address and possibly, proof of employment (some clerks will ask for it, others not). The type of account you should open is called a cuenta corriente (current account). A debit card is usually included and there is almost always some form of maintenance fee. As a local resident, it is also possible to apply for a credit card but given the lack of interesting cards, I would not bother (although the idea of taking advantage of inflation to deflate your ARS debt versus other currencies is an interesting one).

Transferring money into Argentina has become easier in recent years thanks to the rise of services like Wise and Revolut. Their rates usually beat the banks’ and they are far more secure than carrying large sums of cash. Speaking of which, you are allowed to bring as much as you want across the border but must declare any amounts in excess of 10000 USD (or equivalent). Do note that the declaration threshold for travellers under the age of 21 is much lower. Transferring money out of Argentina is more challenging as the banks tend to offer very poor rates and few money transfer services support outbound transfers.

ATMs in Argentina are notorious for having low limits and very high fees. In some cases, the fees may as high as 15-20% of the amount withdrawn. To get around this problem, you should use your card, instead of cash, whenever possible. You should also stock up on USD every time you travel outside of the country. Do note that if you have a local account, it will likely be cheaper to wire money into it and then withdraw from an ATM than it would be to withdraw using a foreign credit / debit card.