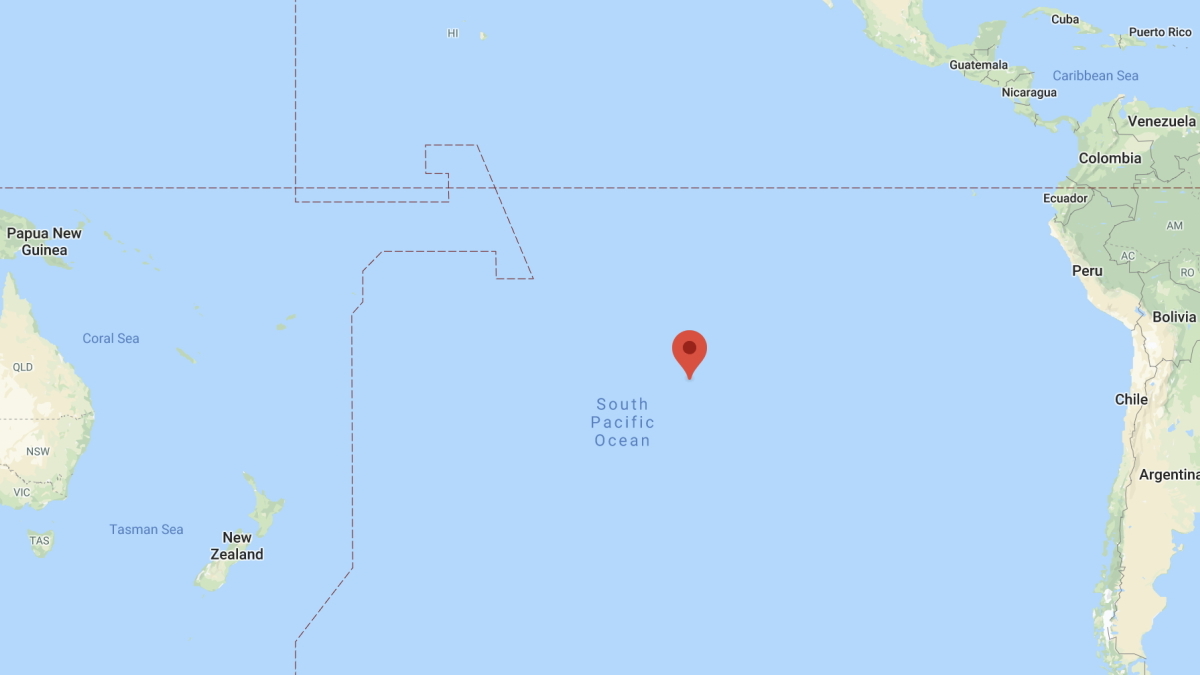 Pitcairn is the least populated nation on earth with a population of less than 60. In a bid to increase that number to one more sustainable, the island nation is offering free land AND permanent residency to every migrant. The only requirements are that you must actually relocate there and that you must be able to sustain yourself long-term. In this article, I review this unusual program and explain how to apply.

Pitcairn is a small, remote volcanic island located in the south Pacific region. The nearest inhabited island is in the Tuamotus archipelago (French Polynesia), hundreds of kilometers away. New Zealand is 5000km away to the west, Easter Island in Chile is 2000km away to the east. The population of around 60 is constituted mainly from descendants of the Bounty mutineers and their Polynesian captives.

On the world scene, Pitcairn is infamous for its horrible sex scandal. In 2004, a majority of the island’s male population was put on trial for sexual abuse, resulting in many convictions. You can read more about the trials in this Wikipedia article.

Economically speaking, Pitcairn is a disaster. The UK subsidy accounts for over 90% of the local GDP with the rest coming from the export of honey and the occasional tourists. Pitcairn has no income tax and no corporate tax. The lack of skilled workers and the aging population is casting serious doubts over the island’s ability to survive. This is the main reason why the local government is offering free land and instant residency to anyone who relocates for the long-run.

Have you ever fancied moving to a small, tropical south Pacific island? Well you are in luck, Pitcairn wants you! Under the re-population program, you are entitled to free land and permanent residency. Everyone is welcome, there are no skill requirements and no financial requirements (you do need to be able to support yourself). The exact details are available on the government website. Applying is as simple as completing an Settlement Application form and emailing it to the Pitcairn Island Office at admin@pitcairn.gov.pn.

Sounds pretty good eh? In theory, it does, in practice however… First of all, you have to understand what remote means. It means a very high cost of living, it means no access to health care, it means that traveling will feel like a distant dream, it means no online shopping (unless you do not mind waiting months for delivery), it means never meeting anyone new, it means no effective law enforcement and it means no way to get to your family in case of an emergency. Secondly, there is the total lack of local job opportunities, the slow internet (this is changing as next-generation constellations such as Starlink are launched), the lack of food options, entertainment options and options generally. There is also the intermittent electrical supply (not an issue if you have solar and battery banks).

In my opinion, the island has great potential but it would take major changes for that potential to be realized. This brings us to the next point, the future of Pitcairn.

The future of Pitcairn

Pitcairn has fertile land, plenty of sun, a pristine environment, a great climate, amazing dive spots and plenty of sea life. It has great potential… in the right hands. The current population has utterly failed to develop the island and then there is the horrible sex scandal. In my opinion, they should be evicted. Most are past retirement age anyway and would get better care in the UK or perhaps NZ given the large Pitcairn expat community there.

In their place, a few hundred volunteers could be sent with proper funding and a rock solid plan for sustainable development. Tourism (retreats, adventure and diving), finance (specialized services), seafood, IT and R&D would be the most promising industries for the new Pitcairn. Solar power could supply all of the island’s energy needs. An helipad could be built to facilitate the transportation of passengers and cargo. New energy efficient dwellings would be built alongside resorts and commercial facilities. A coworking space would also be built for visiting entrepreneurs. To improve connectivity, undersea fiber links to both French Polynesia and Chile would have to installed (satellite constellations such as Starlink could also be an option but it is unclear how many closely located terminals they can support).

With the use of vertical agriculture, solar energy and with proper communication links, Pitcairn could easily support over a thousand permanent residents and hundreds of visitors. It could easily self-sustain and achieve a high GDP per capita. All that is needed for this to happen is strong will from the UK government and a group of motivated investors and pioneers.

On a side note

I recently stumbled upon PassivDom’s website. They are a company building 3D-printed closed-cycle houses in Ukraine. The low cost of their houses, their ability to collect rain and purify it, filter waste and generate solar power makes them, at least on paper, a perfect match for those interested in relocating to Pitcairn.